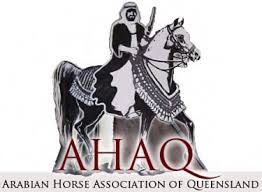 The AA Class Show runs over three days and is one of Australia’s largest all-Arabian horse shows, attracting entries from as far afield as Victoria, South Australia, New South Wales and all parts of Queensland.

The Challenge is held annually at QSEC (Queensland State Equestrian Centre) at the corner of Tuckeroo Drive and Beerburrum Road, Caboolture. QSEC is Queensland’s premier equestrian sport and multipurpose events venue. Spread over 30 hectares, QSEC is an idyllic and highly accessible venue with world class facilities, including formal and informal camping facilities, a large number of stables, licensed bar and one of the country’s largest covered sand arenas fitted with state of the art audio facilities.

Throughout the Challenge event, Arabian horses and Derivatives are shown at halter and numerous performance classes where the versatility of the Arabian breed is demonstrated in a wide range of events including Western, Harness, Dressage, Arabian Costume and Hacking.